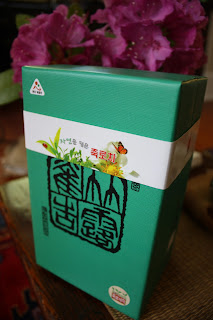 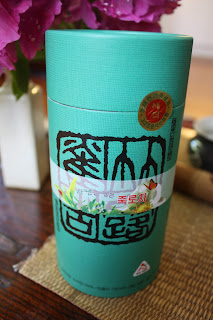 One has been drinking this tea for many years so in many ways Jukro's Saejak acts as a measurement tool. It gives an idea as to how the latest Korean green tea harvest is. Jukro is one of Korea's oldest and most reputable brands of green tea. Unlike every other producer of Korean tea, Jukro never sells its tea in bulk as to ensure freshness and consistency in every box of tea. This tea is available from Sam of Good Green Tea and arrived in a package last week. 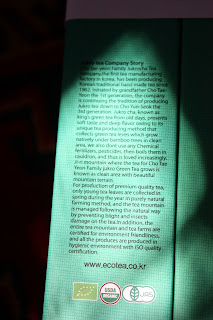 Something that is new on the 2013 boxes are the USDA, JAS, and EU certified organic marks and a link to an English site that might make it easier for international orders. 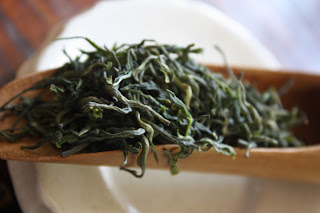 The dry leaves deliver a cool menthol-forest odour with a crisp sweetness underneath. 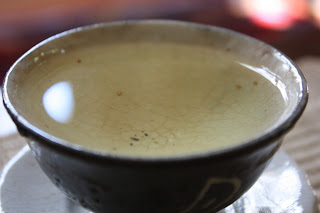 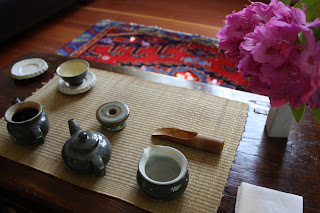 The first pot is smooth and soft with creamy tastes that have a foresty-barely-woody sweetness. The mouthfeel is full and sensations reach the mid throat coating it in a soft, sticky sensation with even a little saliva generated pooling in the cheeks. A very slight floral odour is present in the aftertaste. 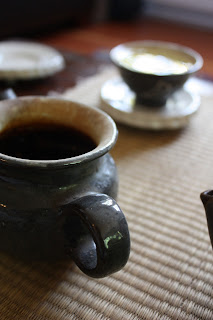 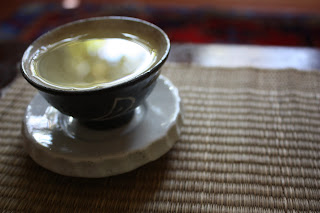 The second infusion is very light with sweet floral tastes coming first followed by foresty-barely-woody aftertastes. These tastes develop a buttery-sugary note which breaks and trails into distant slightly creamy floral notes. The foresty base supports and underlies these sweet, light flavours. The taste is clean and pure. The qi is very very tranquil, sensory information is more vivid, and the mind calm and content. Even minutes later there is a lingery soft-cloudy creamy almost floral sweetness. Mouthfeel and throatfeel are complete with every bit of space coated with a soft, slightly sticky coating. 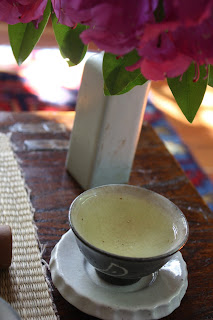 The third infusion has an initial taste of foresty-woodiness mixed with some barely muted sweet notes. The sweet tastes crest in the mouth and become creamy but still share even space with a pine-wood-foresty taste. The mouthfeel now develops a slight coarser edge. Minutes later a sweet high note skirts over the still present pine forest taste.

The fourth infusion delivers a watery-woody-foresty-sweet-floral initial taste- the flavours have merged together now and are harder to initial separate them. A woody-pine taste lingers while a sweet creamy note skates off into the distance. The mouthfeel still has a slight coarser edge. 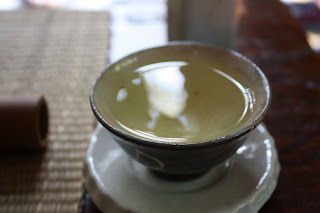 The fifth infusion starts with a muddled-foresty-sweet taste now. A distinct sweet-almost-strawberry, barely creamy taste develops then fades. The mouth- and throatfeel are now a touch rubbery, softly sticky, and slightly dry. A tone of distant sweet florals are found on the breath minutes later. 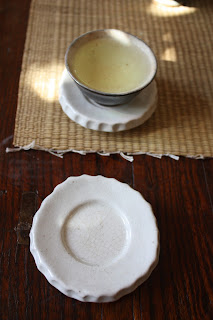 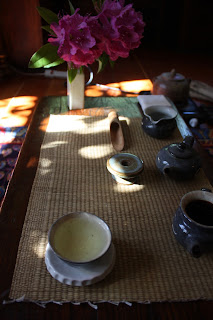 The sixth infusion a watery, foresty, sweet taste much the same as the fifth. It carries a drier, almost scratchy mouthfeel now which signals the end of this tea. 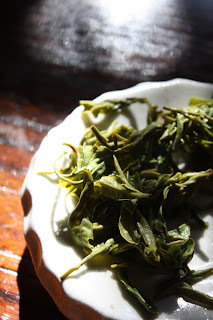 I didn't realize that they had an organic tea. I wonder if all their tea is organic now or just this one?

This is way the marketing is going anyways.

Thanks for pointing that out.

$50 for 80 grams, damn that is expensive tea. It is really worth it? The color of the tea looks very light from the photos. May shot a picture with a clear tea cup would be nice to get a better view of the color of the tea. Anyway I enjoy reading your blog. Jason

This is a classic Korean tea producer- one of the oldest.

This year's saejak seems to be of a very high quality- worth the price.

Currently one is drinking Kim Jong Yeol Saejak from this year- also a great tea.

Hope you get a chance to try one of these teas.