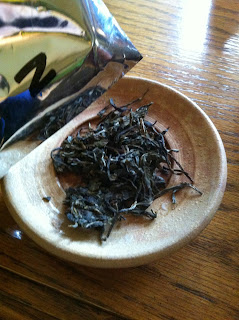 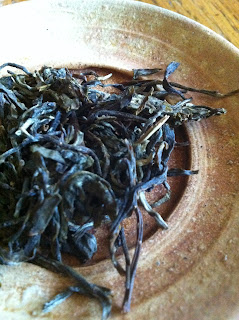 One revisits this sample now after about a month.  This is another late entery from the Yunnan Sourcing Half-Dipper Tasting Event...


The larger darker coloured dry leaves smell of mild distant foresty pungent notes.
The first infusion pours a brown yellow and tastes of thick, muddled forest mushroomy notes. There is a sweet wild flowery edge and a taste of slight spice and even a slight creamy sweetness. The creamy sweet taste comes last and expands in the upper throat. It lingers minutes after.

The second infusion has tastes of soupy, woody, mixed mushroom in its initial presentation. These are slight bitter and sour note at first but dissipate slowly throughout the profile. These tastes then expand into sweeter florals and heavier creamy sweetness. The mouthfeel is full and paints the mouth in sticky, thick coating which reaches into the mid throat. It is here where a heavy creamy sweet taste is left in the mouth. The qi is felt mainly in the chest as ones respiration subtly adjusts and the mind becomes light. 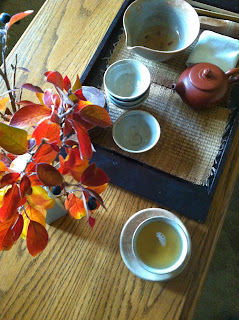 The third infusion has ripe, heavy, distinctly fruity edges which present first with lots of depth. It follows some thick depth before a slight minty edge in there as well found in the throat. The aftertaste is heavy ripe fruits that feel thick with the full heavy mouthfeel. 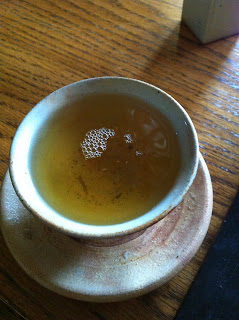 The fourth comes with bitter tastes that over whelm the heavy fruity base. A nectar taste is left in the mouth stuck to the heavier mouthfeel. There is now a deep foresty-woody base that is revealed. A slight cooling mint taste shows briefly in the throat. The sweet heavy fruit taste is left in the aftertaste minutes later. The qi is powerful especially on the mind- it feels great. 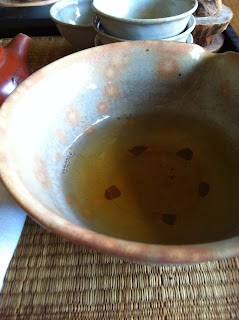 The fifth is a woody, bitter, barely fruity taste. It has a grittier forest profile that plays out nicely. Only a very slight sweet floral is left behind in the aftertaste. 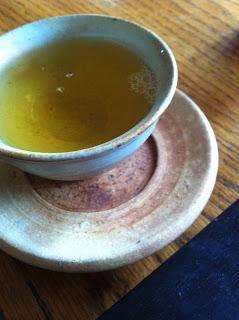 In the sixth infusion is much the same as the fifth mainly just bitter flat woody forest taste. 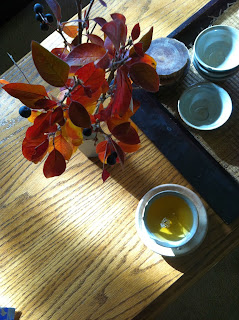 In the seventh and eighth there is a taste of fruits in a bitter, woody-forest base. The menthol-mint taste still shows although much more muddled now. The menthol taste is deep and seems to open up the chest as it echoes in the throat even minutes later. 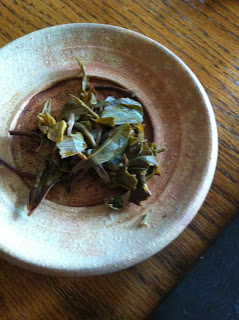 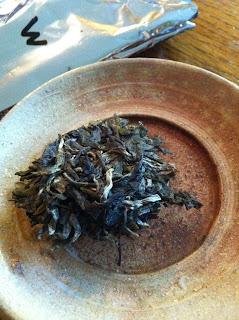 This is another blind tasting in the long over Half Dipper/ Yunnan Sourcing Tasting Event.

The large dry leaves smell of very sour-sweet smelling florals there is a citrus like grapefruit odour in them as well. A very light pungent odour lingers underneath.

First infusion has light bitter-sour slight grainy tastes. It has a grainy sour aftertaste which turns slightly floral minutes later. The sour taste lingers in the mouth. The cooling sensation in the upper throat is subtle. 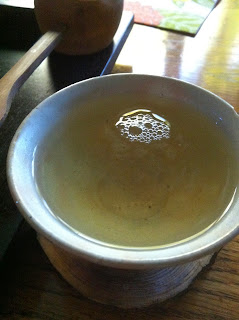 The second infusion is a light sour-citrus-floral tasting affair. It has a slight floral, grapefruit, and slight peanut aftertaste. The mouthfeel is thick and opening and slightly touches the upper throat.

The third infusion carries a taste of bitter-sour but overall pretty light blandish tastes. Their is a long lingering taste of sour-citrus-florals a very slight nutty taste hangs on. The feel continues to be slightly grainy in the mouth. A certain sour-fruity sickiness coats the mouth. 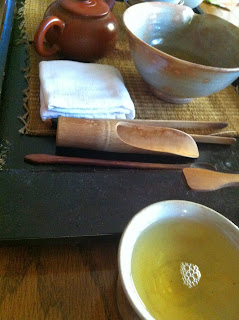 The fourth infusion the sour-bitters calm down just a touch and the more floral-lime qualities start to emerge.

The fifth and sixth are more bland but with a wider breadth of floral tastes which linger in the mouth. The qi is quiet, hitting the stomach mildly. The mind is quietly alerted. There is a slight light penetrating coolness that reaches deeper into the throat.

The seventh is mild tasting with a nice breadth of simple floral tastes over muted bitter and bland tastes. 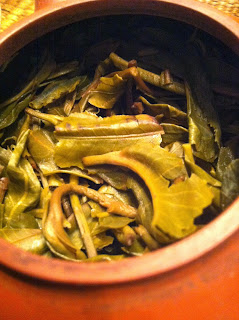 Guess: This tea doesn't represent the best of any mountain. It is reminiscent of Lincang, area. Still cannot nail down which cake is most likely???