A Chance to Try Some Aged Peasent Style Korean Tea

Even in Korea it is quite hard to find aged Korean teas. Although the jury is out as to even whether they even improve with age, why not try some for yourself and make your own call on the issue?

Pedro has just came back from this annual tea sourcing trip with some goodies. He is opening his bag with a few teas of note from Korea standing out.

He has brought back some 8 years aged clay covered ddok cha called seong gang ko cha. It was produced by a local farmer, Ga Hee-Jah who is now retired. Have never heard of this tea before but can only imagine that it is some sort of Korean peasant tea, produced in the rural tradition of tea making.

He also has some ujeon grade balhyocha from Kim Jeong Yeol of Butea. Wonder if it will be similar to the 2011 Kim Jeong Yeol Saebyeok that Pedro sent a few years ago?

Pedro will be brewing these teas up at a special event titled "Tales From the Back Road" along with some others. If you are at all curious about Korean teas that are harder to come by, it should be worth your time. 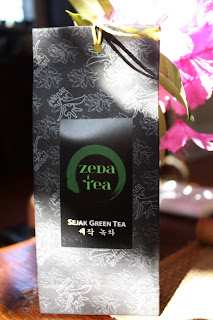 This 2013 ZeDa Saejak was produced by the same monk that had produced last year's 2012 ZeDa Saejak. Those interested can see this post on the background details behind this tea. Sam has pledged to donate 100% of the money paid for this tea to Unicef's Clean Water Project used to build clean water pumps in Africa. So don't hesitate, buy this tea, and help out a good cause! 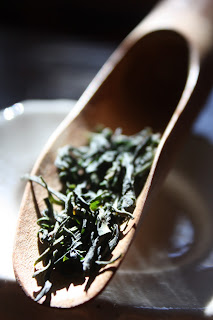 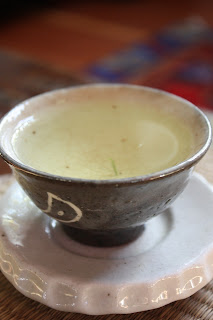 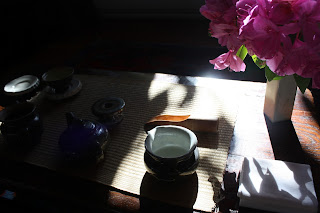 The first infusion delivers a soft very floral creamy taste which fades in the mouth. The taste is simple, distinct, and pure. There is just a weak, slight pasty-bland, aftertaste of muted creamy sweetness. The mouthfeel is a touch sticky and is mainly located on the tongue and front of the mouth. 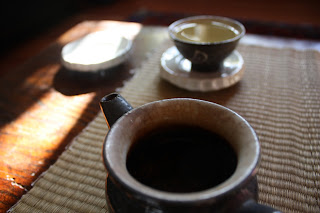 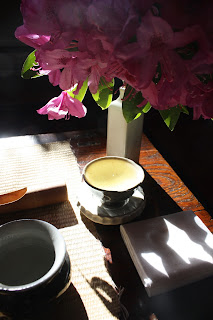 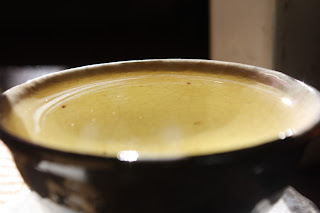 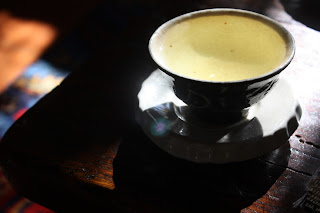 The second infusion delivers another pure buttery-creamy-floral taste. The initial taste is vibrant and fresh- very delicate. There seems to be no base flavours to prop up these ethereal tastes. A flash of grassy-fresh forest peeks in quickly, then out. The aftertaste is a simple bland-cream taste that is left in the mouth. The mouthfeel fills out the mouth with a thin coating.

The third infusion delivers much the same of these very distinct, pure, floral tastes. The floral tastes are strong, something more attributed to a fresh green oolong. There is a slight fruity grapey-muscatel edge to this infusion which develops after the initial taste begins to fade. This grape taste was apparent in the last infusion but much more obvious now. The taste doesn't linger too long before a soft, creamy-bland aftertaste is left in the mouth. The mouthfeel is thin and slightly sticky in the mouth. The qi sensation is very soft and smooth in the body. 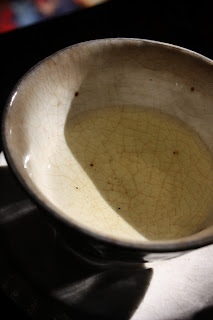 The fourth infusion delivers much the same as the third. The high notes only fade just a little here. 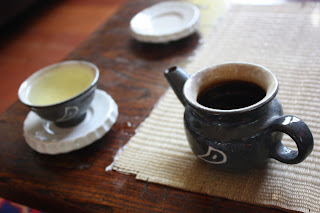 The fifth infusion still has the initial taste of floral tastes. These florals seems a touch more perfumey now, heavier floral. When this taste fades there seems to be not much else which to grasp. The qi now starts pressing on the stomach just lightly. The sixth is a nice floral tasting water. 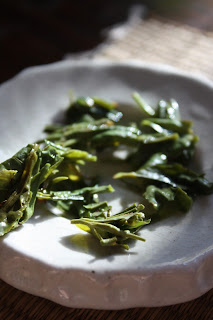