Tea In Hoi An, Vietnam 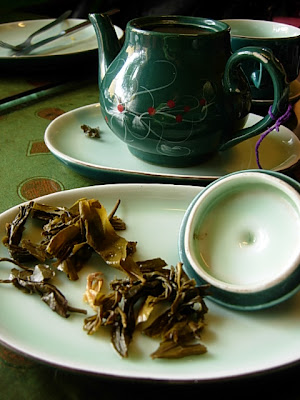 Introductory Note: The tea pictured is of the common Vietnamese, low grade, flowery type and has nothing to do with the tea mentioned below other than the fact that it was produced in Vietnam and enjoyed in the charismatic streets of Hoi An.

Hoi An, an old Chinese and later French trading town, was once bustling with the trade of goods, some of which were tea. Today Hoi An still shows some traces of its tea trading roots. In particular, the modern day Tam Tam Restaurant and Cafe is housed in what used to be a warehouse for tea. This building still flaunts old colonial charm and original Chinese Calligraphy but seems to serve up more Jack and Coke than tea these days. 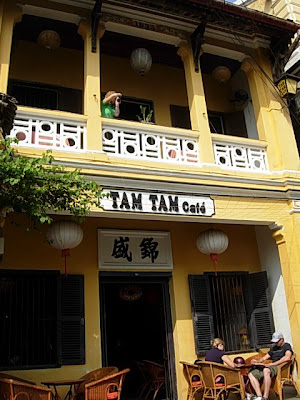 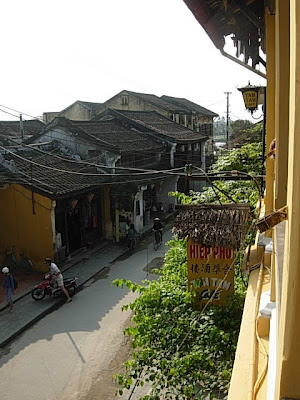 In the drizzling rain of early morning, in the busy core of the central market, one finally stumbled upon some nice tea. The shop had large glass sealed jars of different grades and brands of Vietnamese green tea on display in the front of the shop. The modest concrete store looked much like the facade of the commonplace tea shops of China but with a more rundown and barebones feel to it.

One sat with the shopkeeper, a polite, smiley, and undemanding young lady, and sampled the highest grade green tea that the shop had. One didn't take tasting notes, but instead stayed in the moment enjoying tea in the ambiance of the old market.

The Vietnamese tea seemed to share elements of both Chinese and Japanese green teas. It had a fresh grassy greenness to it that was common of Japanese teas while dwindling in a deeper roasted notes found in some Chinese greens. One remembers that the aftertaste of this tea was its shining point as it nicely evolved in the mouth and throat.

One wished to take a bit of this tea with but because the tea was sold loose and not in an airtight container one decided to pick up a Vietnamese oolong in a tightly sealed vacuum pack instead. One didn't sample this tea but it was quite inexpensive and was recommended by the courteous shopkeeper. As it turned out this would be the only tea purchased throughout ones travels in Vietnam.

Vietnamese Tea On The Mekong Delta 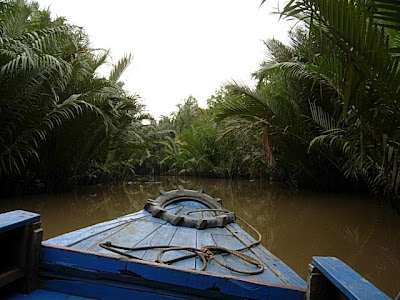 Like Korea, Vietnam prefers coffee. Unlike Korea, the coffee here is quite good.
Although coffee is preferred, tea is always on hand. The tea consumed is also different depending on where you are in Vietnam. On the small tropical islands on the Mekong where palm trees and banana trees flourish they drink tea in an especially unique way.
One sat down with some locals on a fair sunny day on a thatched roof patio and tried tea their way. This house like every on the island seemed to have a tea set. These sets were just a quite typical French white porcelain tea pots with small handless white porcelain cups.

Elsewhere in Southern Vietnam these unexcitable, cheap, commonly chipped and cracked cups were usually filled with green tea leaves mixed with small flowers. These small flowers gave the tea a natural perfume that seemed to cloak the slight bitterness given off by large, usually torn leaves. This is the tea of the common people of Vietnam and is found virtually everywhere on ice and occasionally hot in the south. But on these small islands they seemed to drink tea a bit differently.

The tea they use is sometimes the green variety but more often a low grade black tea is prepared in old colonial style pots or cheapy new Chinese pots. Alone this tea is nothing more than cheap, common black tea. It is what these smiley people add to it that makes it an interesting brew. 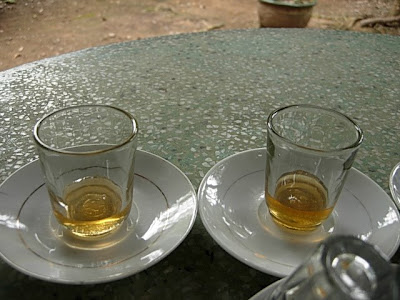 While the loose leaves are steeping in hot water, the island folk put a little wooden bamboo spoonful of homemade island honey, and a teaspoon of dried bee pollen to each cup. They then pour the tea into the cups, top it off by squeezing a freshly picked lime into the mixture, and stir. 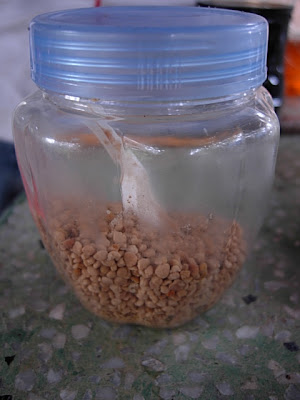 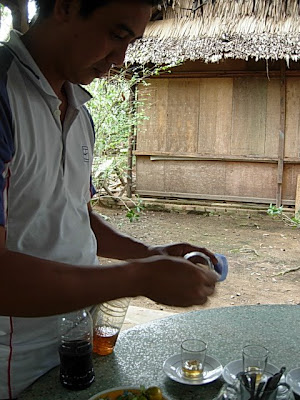 One has never heard of tea prepared in this manner. Although it somewhat resembles what the English sometimes do with their tea, it tasted quite different. 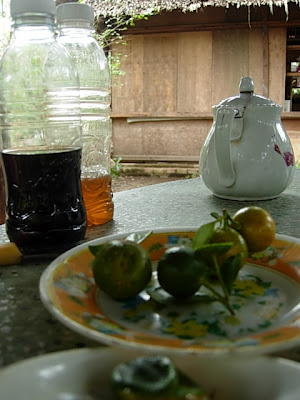 As far as the actual tea goes, it wasn't so good. But, after everything is added it was intensely flavourful, fresh, and vibrant. The final mixture seemed to bring the flat flavour of this dull black tea to life. 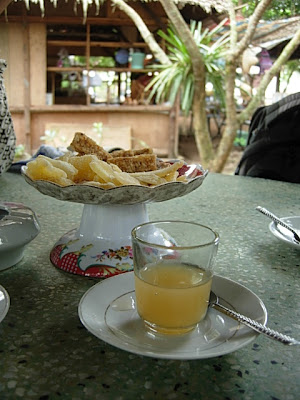 What one most enjoyed about tea prepared 'Mekong Style' was that the feel and taste of this concoction mirrored the spirit of the people of these small islands.

And this is how one will remember the tea and people of the Mekong- intense, flavourful, fresh, and vibrant.