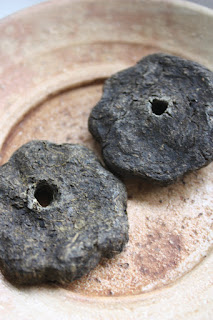 One has been storing a bunch of coin type ddok cha for a while now in hopes of obtaining a ceramic tea roaster. The preparation of coin type ddok cha with the ceramic tea roaster was outlined in an old post. Steven Owyoung's recent detailed post covered the steps taken to charcoal roast ddok cha as done by Master Hyo Am and witnessed at the Korean Tea Exhibition. This moved one to finally prepare these coins in the traditional way without the long awaited tea roaster.
One decided to try a 2008 coin type ddok cha from the certified organic gardens of Bo Hyang Tea that Pedro had recently obtained from an early spring trip to Korea. These flower shaped coins were once strung together with straw and stored in a box. They emit a very faint, almost spicy odour. 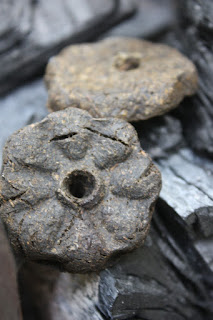 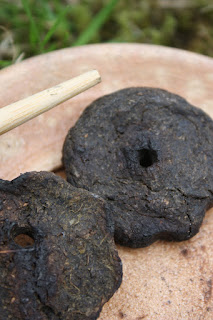 Korean charcoal is lit and the coins are roasted over the hot charcoal with common Asian restaurant disposable bamboo chopsticks. The coins release a subtle roasted tea odour that is very similar to the odour released from the recent re-roasting of stale green tea experiments. The coins darken in colour over the heat of the charcoal and are removed from the heat as the edges of the coins stared to toast. 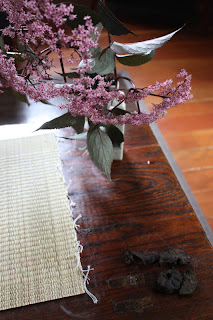 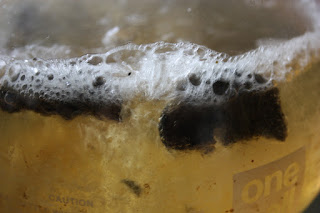 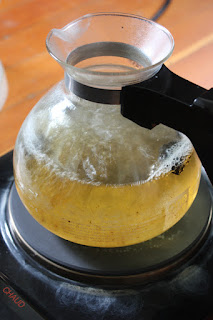 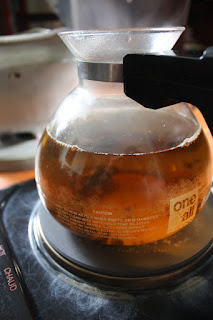 A glass kettle of local spring water is brought to boil and the coins are broken into thirds or halves and placed in the boiling kettle. The kettle is turned to simmer and the tea is left to steep. The room fills with a pleasant roasted tea, almost-oolong-like odour as the liquor turns from yellow to a deep amber colour. 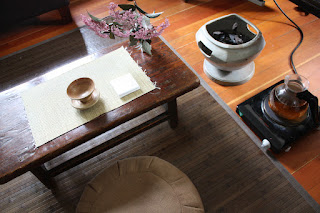 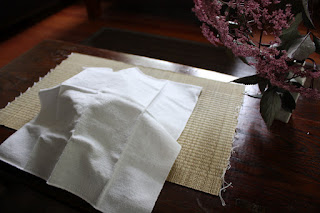 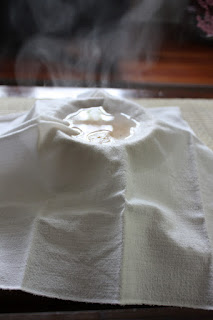 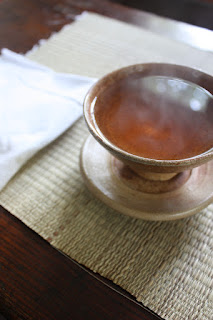 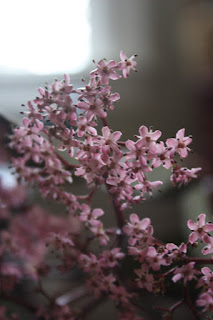 The tea mindfully sipped and reveals subtle watery-spicy notes over a subtle grain-cereal base. The mouthfeel is full in the mouth, a soft coarseness, with soft simulation even trailing into the mid-throat. Cereal notes linger in the aftertaste. The qi is calming, powerful, relaxing, and slightly warming. 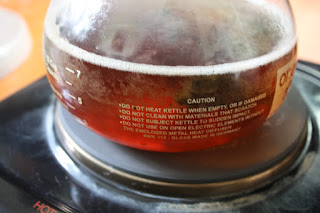 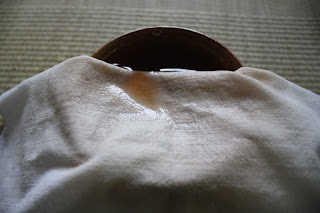 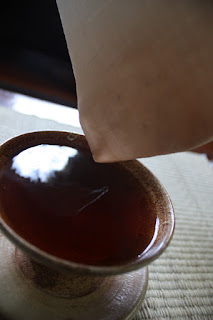 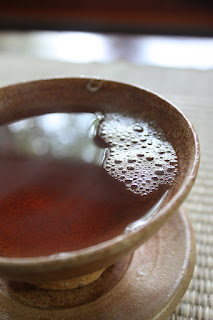 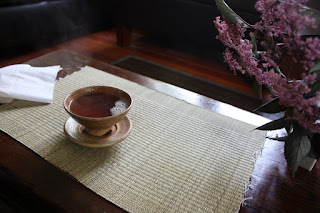 The kettle is left to simmer another 5 minutes and the tea is filtered and imbibed once again. The tea is virtually the same as above. The cereal notes seem to carry more sweetness now and the mouthfeel is also more expansive here. Subtle forest notes are spotted under the cereal base. As the broth cools a bit it develops more subtle spicy aftertastes. The qi clears the eyes and mind and leaves one very relaxed. The chaqi tranquilizes all errant thoughts leaving peace.

For more information on ddok cha see past posts here which also have links embedded in them to Steven Owyoung's brilliant Ddok cha articles.

Another lovely post. I had te opportunity to drink ddok cha on several occasions, the first being at my favorite haunt, Sam Hwa Ryong, in Insadong. There they did something very similar, minus the hemp cloth. I remember returning the next day to find them still using the same tea. It was, as you said, still rich with grain and sweet notes. The cha qi still vigorous. The mouth feel only slightly less thick.
A local Seon Buddhist abbot, Misan Sunim, mentioned that this tea was often brewed and given as a medicine (along with other herbs). It's production, now almost entirely limited to smaller farms (and monestaries) in Korea is undoubtably linked to this heritage and survived probably due to it's percieved medicinal value. I am curious if you have delved into it's history and have ever been to any of it's places of production.
Best Regards,
scotttea

Thanks for your enthusiastic reply and sharing some of your experiences with this unique tea.

Have also been drinking the tea throughout the morning, afternoon, and now into the evening. The tea still has much flavour and one is buzzing off the chaqi all day. As you said the mouthfeel seems to wane first. Hahaha... buzzzz...

Have witnessed ddok cha being prepared with a ceramic roaster as outline here:

The hemp cloth method was also employed at that time. The use of the hemp cloth is seen mainly just at the Buddhist monasteries and is usually used with a teabowl. There is also a way of preparing loose leaf tea with the hemp cloth which again is mainly done as a meditation by monks.

As for its history best check out Steven Owyoung's excellent posts:

Have been to Jirisan with some producers of ddok cha but instead helped with the production of Ujeon green tea.

Joytea is one of the more famous producers of Ddok cha and was the first major producer to start offering it. See here:

I was reading about ddok cha for some time on you blog and I got really interested, maybe because I am more into pu'er than green tea.
I was trying to find a good vendor who would sell this tea but I couldn't fond any. I even tried to persuade my colleague from Korea to buy me some of this tea, but as for know I am not sure it will work (problems with money transfer).
If you would know any way to order this tea please let me know ;]
I am just all into it, and this is somehow your fault (and your wonderful reviews :)

Truly... I am left speechless from this post. I will now spend at least today wishing I could have watched this process first hand, and then tasted this tea. Extraordinary entry...

So far no English online vendors sell this type of tea. TeaMountain used to sell a 2008 larger, disk type ddok cha but has since sold out.

I can imagine that one of these dealers this year will offer this tea especially considering that there is interest for it and the fact that the tea can age and won't go stale. Keep your eye out.

Thanks for all of your kind words.