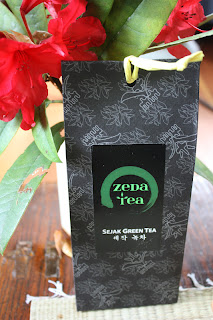 This tea was kindly gifted by Sam in a recent order from his Good Green Tea outfit. This saejak is sold under Good Green Tea's "ZeDa" label which intends to bring in smaller, micro farmed, wild, and rare offerings from Korea. This tea was just posted yesterday for sale on this site and has a rather interesting story to it...


This tea is all hand picked and produced by a single monk who lives and studies in a small hermitage, Am-Ja, at Chil Bul Temple (Chil Bul Sa). This monk only produces enough tea for his personal consumption every year, a somewhat common practice among monks in Korea. He picks the tea leaves from his friend's semi-wild tea gardens which surround Chil Bul Sa and picks leaves from a different tea farm each year. It is a very common practice in Korea for people to rent family farms to produce their annual batch of green teas. This year, through familial connections, Sam has managed to secure a small bit of this tea.


This monk has a rather interesting perspective on Korean green tea and produces green tea to his personal preference. He believes that too much cauldron drying/roasting only benefits the tea's initial taste but not its aftertaste. He claims that the roasting harms the essence of the tea leaves and that minimal pan drying results in a tea that is closer to its original nature. Drinking minimally produced tea can thereby foster a closer relationship with the nature which surrounds him and his daily practice. This tea is intended as a simple, daily, unpretentious tea.


It is also important to note the historical importance that Chil Bul Sa played in the history of Korean tea culture. It was famously the place where the Korean Saint of Tea, Cho'Ui, recorded the Cha Sin Jeon as stated in the Epilogue.


And with all that said, how is the tea? Let's sit down in meditation with this tea and see what this tea has to offer... 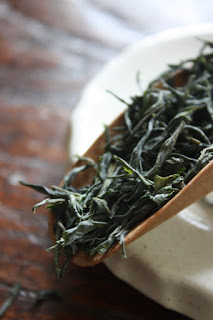 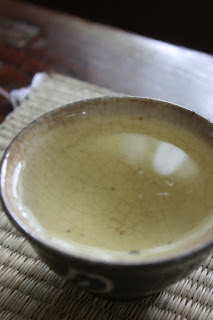 The first pot is prepared and offers a pale, milky, plan initial taste that faintly fades away. Very soft floral notes are ghostly on the breathe minutes later a frosty-fruit taste struggles to emerge. The mouthfeel is silky and covers the front of the mouth. 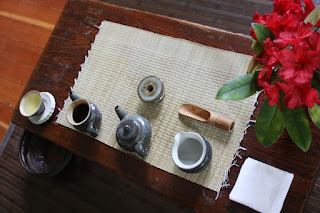 The second infusion has a very simple, woody, skim-milk-like, empty initial taste that faintly fades into nothing then it picks up that simple wood note again before leaving nothing but a bland-emptiness in the mouth. Very slight, barely noticeable unpretentious florals return in the breath minutes later then fade away. 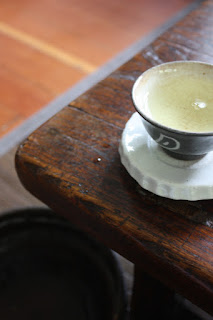 The third infusion offers soft, simple, woody notes which fade into an empty nothingness- this monotone taste lingers. Slight, empty-sweet edges are left around the tongue. Soft florals are hard to detect on the breath minutes later. The mouthfeel stays mainly in the front of the mouth and now has a sticky-coarseness to it. The qi is as simple as the taste and is slightly relaxing. 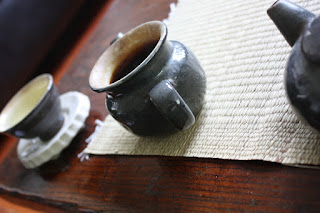 The fourth and fifth infusions continue much the same but with a barely noticeable, slight generic, fruit edge somewhat more obvious but still very very faint. In the fourth infusion there is also a slight frosty spearmint edge found on the breath minutes later which fades quickly away into nothingness. There is a distinct empty taste profile throughout.


Overall this tea feels empty and hollow with its simple monotone wood taste and distant aftertaste. The depth is faint and hard to grasp as it is located mainly in the aftertaste minutes later- an unflattering tea perhaps best suited for a zen (kor. seon) monk. 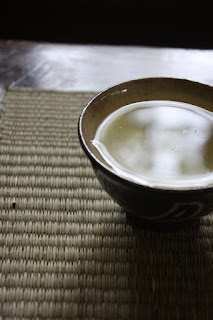 The sixth infusion is watery with a very slight sweet edge to it. Some very faint fruit edges appear on the breath minutes later. The qi is still simple and relaxing with a slight superficial warmth which develops in later infusions.


The is tea is put to a seventh infusion and is much the same simple taste, now more watery, with slight frosty-sweet edges in a simple broth. 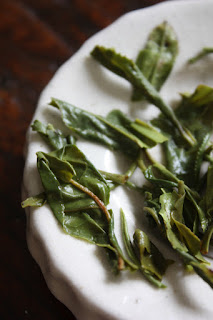 Oh Matt. You got me all excited with the poetic image of a lone monk in grey garb picking tea. Then I got deflated by the tasting.

I've only had a few Saejaks and Jungjaks in my life and I noticed that certain flavors(sweet potato and chestnut) tend to come out when you brew the tea in very very small pots. Have you noticed any such variation?

I only get an unreliable supply of Korean tea from my parents who get them from visitors. Most of them bring Ginseng extract but once a year, someone will have the brilliant idea to branch out with Jirisan tea.

I know you say peace, but it's way more Korean to say phai-ting! Keep on writing because I love reading your analysis of Korean tea.

Hahaha.... yeah there is a lot of romanticism of the traditional Korean way of life these days in Korea, a response to the fast economic capitalist growth, no doubt.

Sweet potato and chestnut seem to better describe Jungjak green tea, small pot or otherwise. There is always a sight change in taste when a different pot is used but never has size alone stood out as the causative factor which can account for the slight change in taste. Maybe you are referring to the fact that you can really pack those small pots full of leaf and get some very interesting flavours?

Thanks for all your kind words.

From your description and images, the tea sounds and looks very Seon. Perfect for a monk.

Thanks for the review.

A very Seon experience indeed! This monk's views on tea production are interesting and contrast commonly held assumptions about green tea production in Korea. Conversely, these same views align perfectly with the teaching of Seon. An irreconcilable difference perhaps?

Based on the strength of your images and review, I just ordered the tea. Can't wait to taste it.

Has found that this tea does much better with the use of hotter water temperature- least much hotter than average saejak steeping temperatures. In a recent infusion one pushed out more fresh, pure, minty evergreen tastes with warmer water. The result was a more satisfying cup of tea.