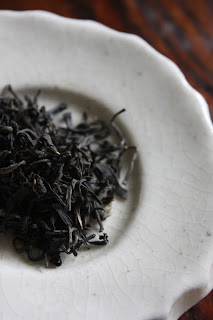 Bo Hyang Tea has gotten quite a reputation for producing tea that is more luxurious than the average. In Korea (and China as well) expensive tea is often gifted and is a symbol of wealth and luxury. Bo Hyang Tea is seen as the most luxurious because the tea plants are sprayed with colloidal gold. Its reputation was further bolstered when the famous Korean luxury hotel, The Shilla Hotel, started serving Bo Hyang Tea in its posh lounge. The tea sells for upwards of 27 000 W ($23.00 USD) per cup.

Monday May 28th was Buddha's Birthday and one thought a sample of 2011 Bo Hyang Tea's "Gold Balhyocha" would make a perfect offering. In Korea and Japan, hydrangea leaf tea (Kor. Suguk cha, Jap. Ama-cha) is commonly served at temples on this special day. It represents the holy water that nine dragons poured over Buddha's head the day he was born. Let's see if this tea is as sweet...

The dry leaf has subtle but meaty smells of coco and deep raisin. These small-medium dark black-brown dry leaves have a sweet-honey edge. When they hit the warmed pot they release vibrant fruity notes. 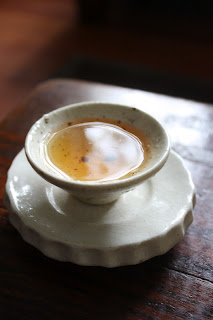 The first infusion is mindfully prepared and a cup is filled for ol' Buddha. The rest of the pot is enjoyed and offers soft, sweet fruit with very smooth spicy pear-persimmon notes. There is a very smooth consistency at this tea's base. Minutes later in the aftertaste there is a slight brief foresty edge. 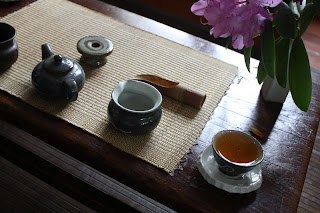 The second infusion offers spicy, distinct cinnamon-persimmon tastes. A tangy-buzz on the lips mid-way through the taste profile is interesting. It finishes with a slight forest edge in the aftertaste. The mouthfeel is bubbling and soft in the front of the tongue and slightly sticky on the sides of the tongue and cheeks. The qi is mellow, relaxing, and offers a nice neutral thermal energy. One meditates calmly with this tea. 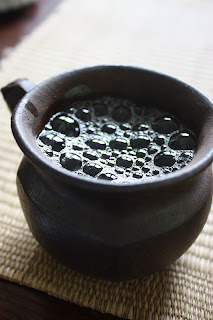 The third and fourth infusions are much the same as the second but develop soft faint malt notes as well. These tastes are not nearly as distinct as the dominating spicy-persimmon tastes. The mouthfeel seems more bubbly in the mouth. There is a noticeable coolness that is left in the mouth minutes later. 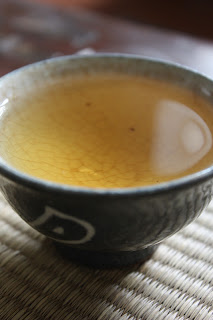 The fifth, sixth, and seventh infusion looses some of its more juicy feel but is still very fruity. These fruit tastes are merged with subtle forest wood notes which comprise the quiet base of this tea. The mouthfeel becomes more dry losing its once bubbly mouthfeel. 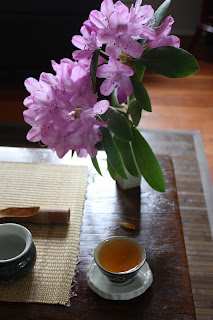 The eighth and ninth infusions are timed longer and very distinct woody, almost salty, forest base tastes are the result. It also has a fruity, spicy, persimmon taste that lingers faintly in the background. The mouthfeel is plainly dry. This tea has great stamina and carries strong full tastes even late into the session. 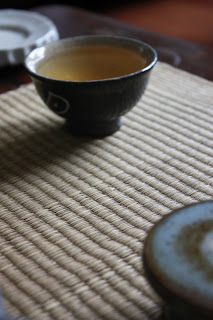 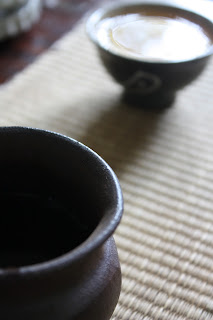 Thanks Pedro for offering this sample and, of course, thank you Buddha... 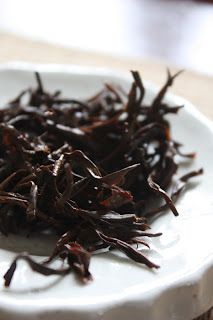