Harmonizing Water and Tea: Part 8- Scaling and Other Issues With Kettles and Tetsubins 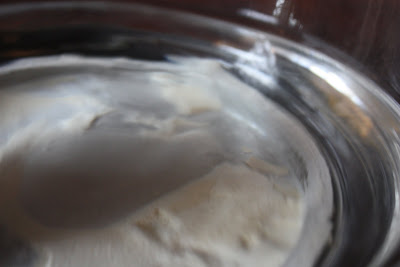 "The white precipitate adhering to the inner walls of the kettle was likely an indication of the qi of the water interacting with the qi of the boiling vessel. Essentially it reveals the connections between Heaven and Earth. The colour white is considered the colour containing the most heavenly qi. A white substance that appeared in their kettle after use was therefore considered a good and maybe even auspicious sign."

Tetsubins, or high mineral content clay kettles are good to prepare water for tea, because it is desiderable the interaction between activated iron (metal) material and boiling water giving to the water more conductive capacity, (to not to say: "energy"). Scale impedes this interaction so it is never mentioned as sign of good water. Scale is simply sign of hard water and in time brings to ruin the kettle, reducting its porousity and increasing demand of heat. You write that „. The porousness of the boiling vessel also plays an important role in the formation of scale. A more porous vessel such as ceramic would allow the formed precipitate something to anchor itself to where as a very smooth material such as glass would simply allow the formed precipitate to exit the boiling vessel into the tea pot.”, but masters developed with their hard work expensive boiling utensils not to be covered by scale or by rust. Tea people living in various regions they had simply no chance to reduce hardness in water. It is because good water sources were great treasure and had fame in past times.

In fact in ancient times and nowadays too the good aspects of water to prepare tea are:
- energy,
- softness,
- and purity.

In front of all informations shared in this (otherwise excellent) blog, the hardness in water (over 50 mg/lit of total mineral content) enters in relations with total polyphenols of tea, deteriors amino acids and increases mineral character of it. At the end you experience it as weakness. We can discuss if harder water int he first infusions is better for half fermented big leaf aromatic oolongs, but this is the matter of a previous post. In tetsubins scale is sign of use, and this, as any other hint of use (cracks, repairs) means that the chadogu is managed by people devoted to tea for long time. But scale is simply scale and far not a good thing nor for kettle, nor for tea.


I think, taking five elements and especially scale as earth (Kun=yin) into your reasoning is very confusing and will enhance public and scientific scepticism about it.

And finally you say: „Although glass won't impart negative qualities into the water, because it is transparent any light will degrade the water. Leaving water in a glass kettle is not really recommended.”

Many people including Masaru Emoto not divide your opinion about deterioration of water preserved for short time in a glass container on direct sunlight. We recommend to store water in a clay kettle in a dark cool place, because water assumes free ions of minerals of clay and thi will improve the conductivity (energy)

Wate is a very difficult matter for specialists and tea lovers too.

"scale is simply scale and far not a good thing nor for kettle, nor for tea"

Thanks for your wonderful commentary and thoughts on scale! Think it adds quite a bit to the information in the body and a more matter of fact feel to it. Scaling the kettle has always been a curiosity- Why is it valued? One quite enjoys your perspective- it is not valued, just simply put up with. :)

You mentioned that the aesthetic value of scale is more the fact that it had been used for a long time- this speaks to the wabi sabi of such pieces. With use these pieces develop a certain feel and personality of their own, this is true for the scaling of kettles/tetsubins.

Thanks again for your detailed commentary.

An interesting rebuttle to your high-minded but very dubious,(IMO), view of the cosmos in your tetsubin, Matt. While I am aware of the 'negative' effects that scale can have on teaware, there are seemingly some positive ones. I wonder what the difference in taste is actually like using a scaled tetsubin vs an unscaled one with the same water, fire, and, other materials being the same? Will we ever get full agreement on questions like this?

Often those who sell tetsubins may have nearly the same one (same artist, material, style, form) on the shelf as another that they use everyday. Perhaps these experiments are possible.

One has had a similar experience although it was years ago. A teamaster/ friend who sold Uh Sang Myung's braziers had a few for sale. He would use the same one every day with tap water that stood for days in a water storage container. When we used one of these unscaled braziers the water was not nearly as soft and full as the water boiled in his same scaled brazier using the same fire, water, ect. Maybe it could have been due to other factors that have to do with the clay but likely the scaling played some factor.

See here for the brazier:

Wonder if anyone else has a similar experince?

Indeed, scaling seems like a natural occurrence given the properties of water in contact with metal, in this case, iron. Some say the water used must be the same one that produced the scale over time otherwise a difference in taste could be noticed. But softness of water will not be the desired quality for every tea. Some teas will need a different mix of minerals and then the subjectivity of the drinker steps in to add another dimension to the experience. Those with a desire to reach perfection will no doubt be endlessly fascinated. :)

The kettle discussed in the comment above was ceramic, but apparently the iron in the clay plays an important role in scaling of ceramic kettles as well. Either way, consider one in that category of those who are "endlessly fascinated" with this subject.