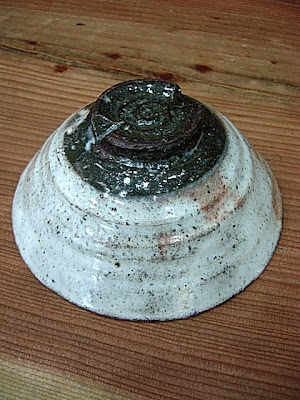 With almost every post, Marshaln's experiences with tea always seem to teach me something. Small or big, insignificant or important... I learn from his experiences. So this one's for Marshaln... (If you haven't read the last few posts on MattCha's Blog please read them and Marshaln's comments that follow them before reading this post). 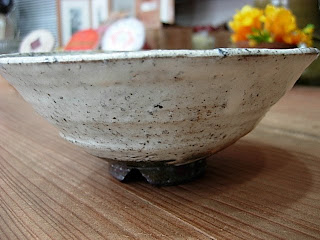 I hope these pics satisfy!
Marshaln brought up an important issue that should be addressed sooner rather than later. It's the problem with the romanization of the Korean language. There are currently two acceptable ways of transcribing Korean into English. The old way, previously accepted by the Korean government, and the new way, developed by Professor Kim and is some times referred to as 'Professor Kim's Way'. There are also many 'freestyle' or personal transliterations that probably grew out of dissatisfaction with the old system. This, coupled with the fact that there is very little English information about Korean tea and that there has not been a universally agreed upon English standard for tea language in Korea, has led to the plethora of terms that mean exactly the same thing. The posts on this blog will try to keep the Korean transliterations uniform.
These are some of the common versions of the categories of Korean teas:
First flush: Ujeon, Woojeun, Woojeong, or even less common Woojun
Second flush: Sejak, or Saejak
Thrid flush: Jungjak, or Joongjak
Marshaln also checked into what these words mean. So I will go into closer inspection of these terms and their relation to the classification system used.
It makes sense that Ujeon means 'before rain' because it is traditionally picked before Gok-u (Gokwoo, or Gokwu). Guk-u is the 6th of the 24 seasonal divisions according to the lunar calender based on the movement of the sun that falls on either the 20th or 21st of April. Guk-u is the day that signals rainfall for seeding. Tea that is picked during this time, when first shoots are at their smallest, is classified as Ujeon.
Tea that is picked between Guk-u and Ipha (or Ibha) or just a few days after Ipha, is classified as Sejak. Ipha is the first day of summer and the 7th seasonal division according to the 24 seasonal divisions. It falls on the 5th or 6th of May.
Tea picked after Ipha is called Jungjak.
I don't know the word meanings of Sejak or Jungjak. Perhaps the prefix 'jak' means summer and they mean before summer and during summer?
Thanks again for bringing up these important and interesting issues Marshaln.
Peace
Posted by Matt at 2:02 AM

There is indeed very little information on the healthy Korean tea culture available online to English readers - and even though there is also little for sale online, we few American tea drinkers are still a curious bunch.

Would you help us out by contributing Korean tea and teaware info to our humble wiki? http://wikicha.com.

Thank you for your humble invitation Brandon.

Increase the peace in that wiki piece.

Thanks for the pics, Matt, they do satisfy :)

As for sejak, jungjak, and daejak (which follows jungjak) I have a theory now. Daejak seems to be the most common kind of tea -- summer harvest, basically. The characters for that is 大作, which means "big work", quite literally. Jak can mean a lot of things in this case. Jung, then, should be "medium" 中. I had some problem figuring out "se", but with my fiance's help, I think it is probably 細, which means fine. That would make sense, because chances are these are the finer tips that they're harvesting, but not quite as fine as before rain.

Your knowledge is much appreciated. What you are saying makes perfect sense. You rock the pinyin!

I chose not to mention daejak because it's actually not that common to find daejak loose leaf tea in Korea. I imagine they use it mainly for the tea in teabags, which is the most common method of drinking tea in Korea, or for flavoring and cosmetics.

Thanks for letting us take a dip in your fountain of knowledge.

It's really quite late to comment on this but I found a source explaining sejak as a contractionn of se jak sul, 'sparrow's tongue' (which these leaves surely resemble).
For readers in London, Eastteas at Borough Market is a fine source of Korean teas, and its owner Alex Fraser has quite some knowledge of Korean teas. Tasting notes of two of his Koreans are on my blog.
Just thought this could be of interest to those who look up these archived posts.
Best, Nerval

Thanks for mentioning that. One understands that 'jak sul' is just a blanket term that is the poetic name describing all Korean green teas and is in reference to the sparrow tongue- the small size of leaf. Perhaps it also refers to 'sejak'.

Thanks for this valuable addition.

One more thing: apart from the four grades that have already been mentioned here, we have eunjak, 100% bud (equivalent to white tea I think).
There's really so little info on Korean tea on the web... a pity.
Keep up the great work in this blog!
Best, Nerval

Never heard that wording refer to Korean teas before. Perhaps its a new descriptor.

Thanks so much for your additions.