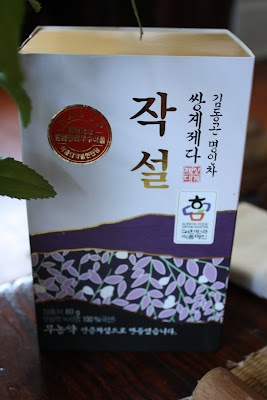 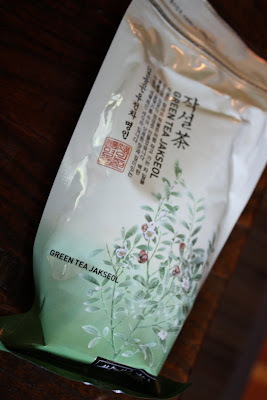 One had posted about the 2009 production a few years ago. The 2009 offering was of very high quality compared to previous years and other producers of the same year. With one's Korean tea order coming late summer, and considering the high price of Korean tea this season, only one box of saejak grade was purchased this season- this box from Ssang Kye.

Ssang Kye is one of only a few producers in Korea that has quite a long history and has proven themselves year after year. They process a tea that is deeper and richer than others in the region- something that retains its essence much longer than some of the more subtle saejak grades from nearby producers. The more subtle saejaks are best consumed immediately but for a mid- to late- summer tea, Ssang kye's seajak feels more appropriate. 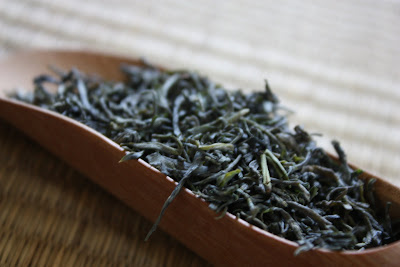 The dry leaves smell of roasted pines, somewhat fresh and cool with a slight creamy-green back notes. There is a subtle hint of something spicy. When these leaves hit the warmed pot, notes of bread cereal and corn linger out as well as nice forested base. 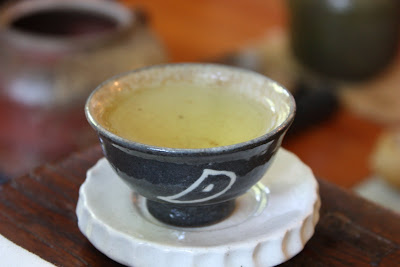 The first infusion is prepared in ceremony and delivers a grassy, potato, forested taste with barely noticeable nutty-roasted notes hiding in there. The foresty taste lingers in the mouth with a light tangy-lime nuance hanging on. A sticky subtle bland note hangs in there as well. The front of the throat and most of the mouth is nicely stimulated. 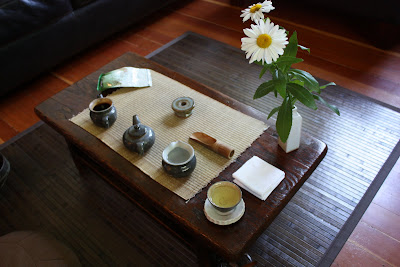 The second infusion is more leafy forest, grass, and a touch of seaweed. These very green tea tastes emerge here. This tea is not so sweet with just a tiny touch of sweetness that courts bland tastes. It finishes barely nutty and roasted with deeper forested notes less represented. The mouth and throat feel remain solid.

The third infusion is full of bread, forest, and wood tastes with just a slight sweet-tangy lime finish. There are very faint nutty notes that now appear more in the initial taste than the aftertaste. The qi makes the body light and the mind calm.

The fourth infusion has woody barely nutty tastes which reside in the overall light forest base. The nut flavours turn to a very subtle hint of chocolate before fading away. The finish is barely sweet lime that lingers for a long, long while in the mouth afterwards. 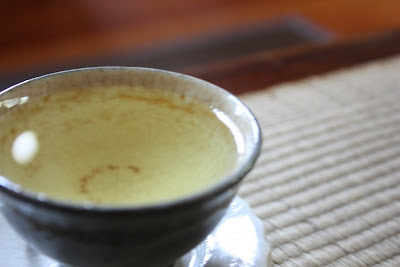 The fifth infusion is prepared and has woody dry grass like tastes up front with faint roasted notes. The fresh forest base is giving way to a mainly woody profile. The aftertaste is mainly just this underlying dry wood profile with ghostly hints of the flavours of past infusions laying under a soft bland-sweet base.

The sixth infusion becomes more watery and woody with an aftertaste that is woody and nutty. The forest base has dropped off and wood notes have taken over. The sweet element of this tea floats around like a ghost in ones mouth. 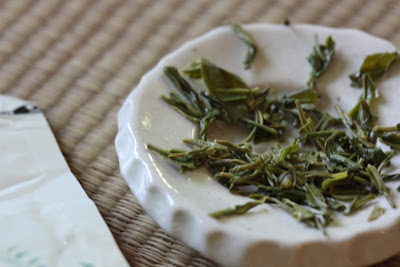 The seventh is a roasted woody-nutty bland taste with nothing much holding it together. The mouthfeel is still satisfying so one drinks a few more pots before retiring this tea late morning.