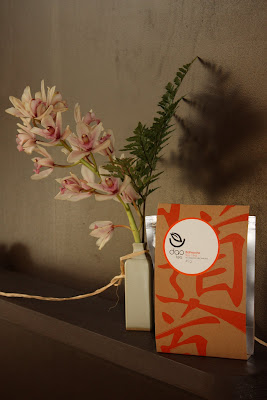 During the two weeks before and after Spring and Fall Equinox and Winter and Summer Solstice yellow tea has a grounding quality that helps stabalize and center our energies. March 20th was Spring Equinox so one has been drinking lots of yellow tea as of late.

This tea is the second of two yellow teas that Pedro at Daotea sells. This one was made by accomplished tea master Kim Shin Ho. This yellow tea, like the other, was produced using traditional, labour intensive methods, from leaves in Korea's oldest tea area. Other than these production similarities these two yellow teas are quite different from each other and together offer a great perspective on the range of Korean yellow tea.

Let's put our comparing minds to the side, boiling the water, sit cross-legged on the floor, and enjoy this tea...

These small very dark brown crinked dry leaves supply a creamy, sweet citrus smell. These leaves are quite small for a balhyocha. They are probably of early Seajak or perhaps late Ujeon grade. 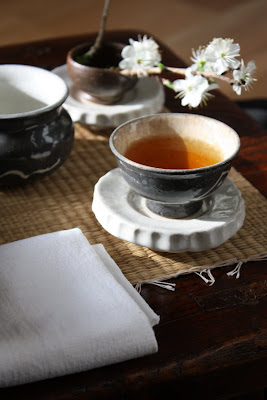 The second infusion displays an interesting dichotomy of being both juicy and dry in the mouth. As it first hits the mouth it is creamy, then turns dry and woody, then sweet, it leaves a dry sweet and sour aftertaste in the mouth. A subtle spice is left in the end.

The qi of this tea is quite strong one can feel it swelling in the middle jiao- ones thoughts become crisp. 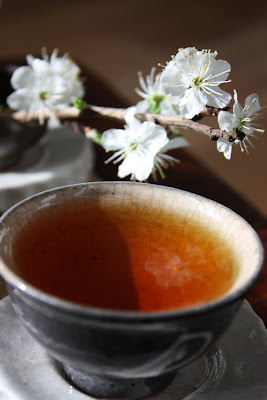 The third infusion is smooth, creamy, citrus-wood taste with a dry sweet and sour aftertaste.

The fourth pours a orangy-yellow. Even more wood tones come out, a mild tangerine flavour is noticed. Things start to slowly smooth out at this point in the session.

The resulting infusions are a manifestation of these woody tones with the subtle juicy tangerine flavour diminishing throughout the session and the wood notes becoming drier and more simple. With this said, this yellow tea has much stamina and is steeped for a total of about 10 infusions with a distinct flavour worth exploring late into the session. 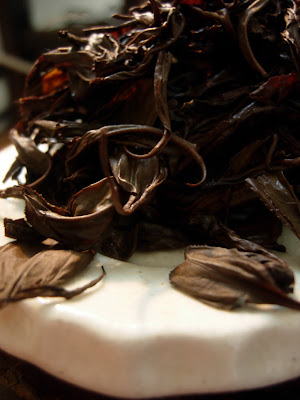 Thanks again Pedro for offering these interesting yellows here in the West.

Many thanks, from a Korean-American reader who has learned and absorbed much and enjoyed your blog for a year now -reviews, experience of tea, photographs, information, thoughts....Now I can try some of these teas -- very exciting.

One is happy that there are some Korean readers out there...

And even happier that there is finally a good Korean tea retailer here in Vancouver.

Matt, thank you for your reply. I think it's my browser, but Pedro was able to get in touch anyway. Looking forward to your future Mattcha posts....

nice to have found his blog . be well andrea