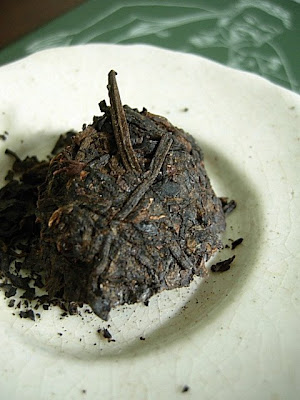 It was a bit of a chilly day so one took a bit of time digging for a nice old sample of Puerh and found one that Stephane from Teamasters had sent a while back. Taking a note from ol' Toki, one let this one breathe for a while before preparing.


Although this sample is quite small, it seems to overcome the other things in the room. It tugs at ones nose whenever in the vicinity. Ones nose, perhaps unconsciously, lavishes attention upon its woody, subtle, unidentifiable fruity smell.

The rumble of the boil. The sound of a quick rinse hitting the ceramic of the tea table. The smell of old puerh embracing hot water. Calm. These things bring immeasurable content.

This sample moves slowly and gracefully as one walks with it through the day and then through another.

It evolves slowly as if not to draw too much attention to itself. Small changes, infusion by infusion. 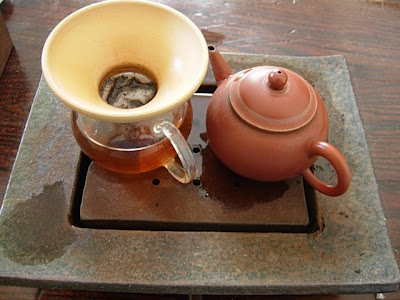 What was first dark thick brown is now an orangy- yellow red brown. What was once gritty is now smooth. The core flavours of crisp wood and subtle cherry have changed- rounded out, became more but less edgy. It's as if its peripheral charisma has all but worn off and now the true character shines with simple beauty.

It is still warming and kicks off some decent qi. The nice warm flavours and chaqi slows one down. As the morning turns into night, and day once more, things become slower in the act of exacerbating this puerh. 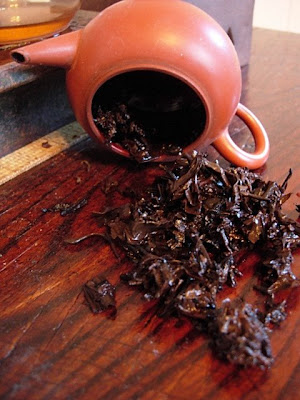