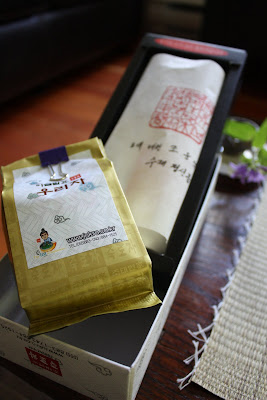 Jukro has traditionally offered its balhyocha in loose form only and continues to do so. One has been drinking this tea for ages now and it is consistently touted as one of the best (see here and here). It retails for 50 000 Won (approx $50) for the 100g box or 25 000 Won (approx $25) for the 50g bag. The Jukro site lists this product simply as "Bal hyo cha".

Ever since the introduction of Jukro's ball shaped bal hyo cha ("Tong E Cha"), one has wondered how the change of shape and variance in production impacts the experience of this classic Korean tea. The following post will examine the question of whither these two teas are the same or are different and will look at how they differ.

Readers may have noticed that there have never been side by side cuppings here on Mattcha's Blog. This will not change today. Although multiple cuppings reveal much about two similar teas under the same conditions, this method also has its disadvantages. If you are drinking two teas at once how can you determine the qi of one tea from another? How can you note how a teas flavour, fragrance, and mouthfeel compounds throughout a tea session? Also certain subtle nuances of one tea can always interfere with the nuances of another if you are drinking them together. In the rare instance that a close comparison of two teas is warranted, one usually compares them over a few days. Drinking tea A one day one, tea B on day two, then a complete session with tea B early in the day followed by a session with tea A that same day.

With the Fall Equinox signaling the perfect time to consume balhyocha what better time to compare these two teas. The loose balhyocha was purchased with this years tea order from Korea and a ball cake sample was kindly gifted by Pedro for this comparison. Throughout this post the loose balhyocha will always be pictured above the ball cake balhyocha. So let's look at the dry leaves... 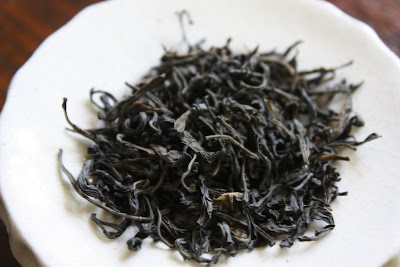 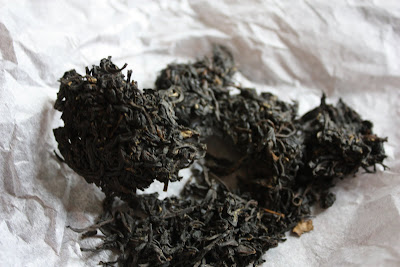 The loose balhyocha's leaves seem a bit larger and have more of a blue green sheen to them that can even be seen in the picture above. The loose balhyocha leaves are coated in a dusty film that the ball shape does not have at all. The ball cake's leaves are smaller in size and are a deep dark brown-black colour. Appearance aside, the odour of these two leaves is also markedly different. The loose balhyocha smells of more subtle roasted nuts and light cereals with more of a creamy chocolate finish, even slight wood notes can be sensed. The ball cake's odour is of very deep chocolate odours that lean to a more brisk, deep, bitter dark chocolate. 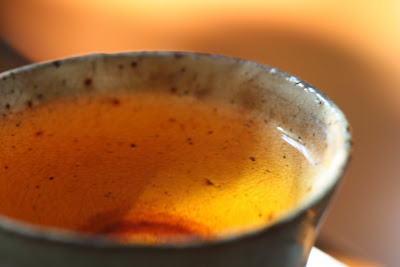 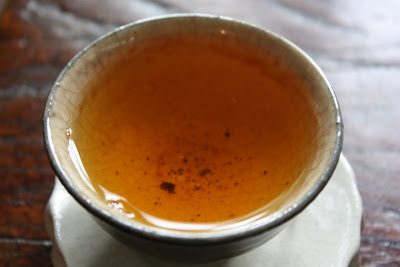 Both pour an identical deep gold-yellow and share the most distinct chocolate tastes. The first few infusions of the loose balhyocha have distinctly creamy-nut and chocolate notes. The ball shape has less of the nutty notes and has a slightly richer, smoother, mellower taste and feel. The chocolate taste of the ball shape is barely more sour and bitter in these earlier infusions. These differences are very subtle. Both share the same long mellow chocolate aftertaste that slowly parts from the initial flavours. 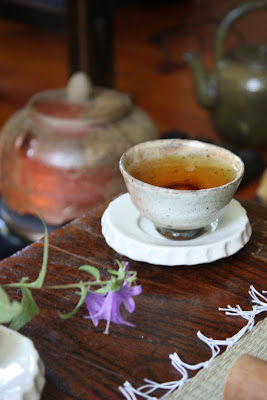 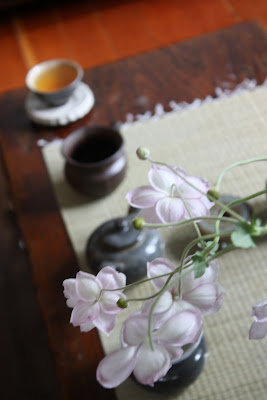 The later infusions suggest that the loose balhyocha has slightly less stamina- this makes sense when referencing other cake teas such as puerh as the leaves take a bit longer to awaken from their pressed posture. Compared to other balhyocha both have excellent stamina.

As a result, the loose balhyocha seems to flirt with woodier and citrus notes among its milky-nutty flavours earlier than the ball form. The bell cake only reveals these nuances in the last few pots and remains slightly more mellow and rich in taste and feel. 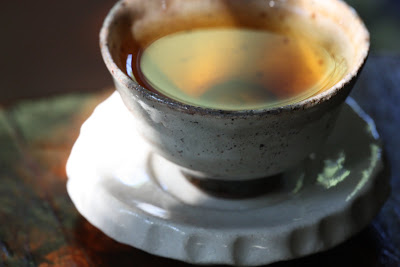 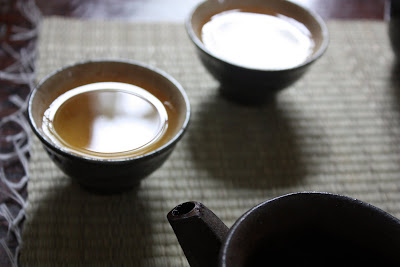 The qi of these two teas also shares very subtle differences. The loose balhyocha has slightly stronger qi in the body and is just a bit more warm and active especially in the middle of the body. The ball cake has a more mellow presence. Both are strongly comforting and slightly warm and have a reasuring and relaxing affect. 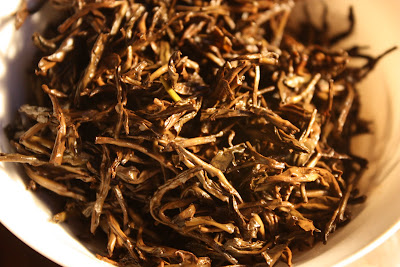 In the end the differences are barely noticable and could simply be caused from storage and the slight differences in production.

Le Palais Des Thes was the first company to offer the loose Balhyocha to the Western audience and still does (see here).
TeaMoutain made a recent addition to the Korean teas they sell and is the only Western dealer to stock Tong E Cha (see here).


Edit (Jan 22/2012): A representative from Jukro confirms that there are slight differences between these two very similar teas.  Both of these teas undergo around 3 months of aging before released.  The loose balhyocha undergoes an oxadative fermentation rate over 80% and is less bioactive than the cake Tong E Cha because it is sealed in an airtight bag.  The cake Tong E Cha has an oxidative fermentation rate over 95% and is more bioactive because it is not packaged airtight and can continue to ferment as it interacts with the air.  This no doubt explains the slight differences in these two teas.

Beautiful photos Matt! I wonder if the differences between the ball tea and the loose leaf version are due to the steaming process required in order to press the leaves into a tuo shape...

Think that the steaming could account for these subtle differences.

Thanks for your thoughts and for stopping by.